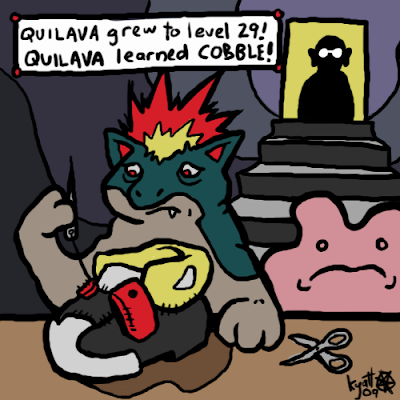 The Home Prepares To Up Sticks

Yup, we're moving. Finally. I never thought this day would come...I thought I'd be doing a 2 hour commute for the rest of my life.
But I've got a really nice new place closer to my new job, it's got a LOT more space, and for the first time in my life I own a garage door opener (at least, I rent a garage door opener.) I am looking forward to using it tomorrow. I think I will stand out side the garage and press it over and over! Up down up down up down up down I think this might be a good way to meet my new neighbors.
At any rate, the movers are coming tomorrow and I will leave them in the capable hands of Franklin and Jason, since I have to go to work.
I'm really looking forward to the new digs!  I understand there is already a growing waiting list of people who want to come and visit; since they hear there is a lot of card playing, and also the food is good.
Posted by purity at 9:13 PM 2 comments:

Why You Want To Live Here

The food is really good.
We went to an asian market the other day, and I bought a wagyu steak, which is American "kobe-style" beef. It was surprisingly inexpensive* at $15 a pound.
Now, I could have eaten this tasty steak all by myself, but I am nice so I decided to prepare it to be shared by everyone in the house (myself, Jason, Franklin, and my mom who is here helping me pack.)
So, I crushed some garlic and mixed that with a bit of olive oil and a little soy sauce, then sliced the steak into pieces and coated each slice with the marinade. Then I turned up the heat very high under a saute pan, and quick-seared each little piece.
I carried the plate around with forks for everyone to try it and they all agreed it was a damn good steak. I will definitely buy this kind of beef again sometime.
Do you get random kobe-style beef steak snacks in your house?
I didn't think so.
*for wagyu beef
Posted by purity at 5:48 PM 3 comments:

kiz: Okay zeo
kiz: sum up your sex life in a star wars quote.
me: pardon?
manny: "I've got a baaaad feeling about this"
me: oh, i see
me: hehe
Kyatt: "what a piece of junk!"
Dane: and i thought they smelled bad on the outside
Kyatt: "NOOOOOOOOOOoooooo!!!!!"
Dane: or "great shot, kid. that was one in a million"
kiz: "i'll make it legal"
me: i can't think of one, to be honest
Kyatt: "mr. vader, how long are these star wars going to last?"
manny: "Not as clumsy or random as a blaster; an elegant weapon for a more civilized age."
kiz: oh oh
me: haha
kiz: good relations with the wookies, I have
Kyatt: haha
Kyatt: i forgot about that one
manny: Gold Five: It came from... behind!
kiz: myself, the boy, two droids and no questions asked
manny: I have to stop reading through these quotes
manny: my mind is too dirty
kiz: yeah...
kiz: your father wanted you to have this but your uncle wouldnt allow it
me: dear me
kiz: Yeah, but this time I've got the money.
kiz: was about to say Gold Five: It came from... behind! but manny had already done it :C
kiz: Red Six: I got a problem here.Biggs: Eject!Red Six: I can hold it.Biggs: Pull up!Red Six: No, I'm all right... ahhh!
kiz: ...I'm going to slp
manny: ...night.
manny: thank you for stopping.
mars: ...how could you guys not have thought of
mars: "you came in that thing? you're braver than i thought"
manny: haha
me: hahaha
me: all i can think of is "i happen to like nice men"
manny: see, I immediately discarded the "your sex life" part
manny: and went straight to the innuendo

Posted by purity at 7:20 PM No comments:

Labels: It Came From A Chatroom 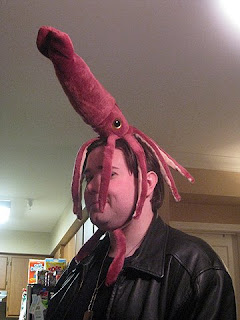 Jason departs for the midnight showing of Watchmen...
Posted by purity at 11:45 PM 6 comments:

Labels: Oh No She Didn't

Watchmen And Its Impact On The Home

Well, most members of the household were looking forward to this movie. Preparations began weeks in advance.
jason: hmm, qq. IMAX Watchmen at the only nearby venue is sold out for the 12:01 showing. there's a 3:09 AM showing, but dammit, that's way too late.
me: do we have to see it opening day? why can't we go the next day
jason: yeah, we could
jason: Tickets are available then
jason: Granted, I couldn't wear the 30 inch plush squid on my head.
jason: Let me see what Kevin thinks.
me: i mean we didn't see dark knight - what?
jason: in protest of the removal of the giant squid from the movie,  I plan to wear one on my head (the book involved a giant squid causing harm to new york city)
jason: if anyone asks, I'm cosplaying as new york city.
me: you haven't got a squid
jason: I "haven't got a squid"? That's a daring assumption you're making there, sir. *mock offense*
me: i am not a sir
me: and i don't believe you have a squid.
I was incorrect. He did have a squid, and he tied it to his head and emerged from his room.
Anyways, Jason and Frank decided to go to the midnight non-IMAX showing of the movie (squid tied firmly in place) and I chose to go the next night to see it in IMAX. When I got up the next morning, Jason had emailed me to tell me "I don't think the movie is appropriate for you" with a few explanations of the graphic nature of the violence and general tone of the movie. Frank seconded the opinion, and honestly that was good enough for me. I will see R rated movies, but I am a bit sensitive to some things. Ah well.
Anyways, the movie's been discussed on and off in the zeo chatroom, and it reminded me I still have to post an embarrassing picture of Jason with a squid  tied to his head.
elroy: so gloom
elroy: watchmen, right
elroy: wtf, right?
jason: wtf good, or wtf bad?
elroy: wtf ending
elroy: also don't spoil it for bolt.
me: bolt, the blue guy walks around naked
elroy: or manny
me: manny, the blue guy walks around naked
jason: I didn't mind the ending.
elroy: what about...wtf random unnecessary changes
jason: they changed the ending cause they couldn't fit thirty minutes of pointless back-story to set up the ending into the movie
jason: so I didn't mind.
elroy: i mean like...
me: tell em about the squid, jason
jason: I knew there was no squid
jason: So I decided there had to be some sort of squid at my midnight showing.
elroy: oh gosh
jason: So I bought a big plush squid and wore it on my head.
elroy: pretty good
elroy: should have just started throwing raw squid at the screen
manny: haha
jason: I...in retrospect, I'm given to understand it's erect state atop my pate may have looked like a large red...yeah.
kyatt: hahaha
jason: :(
me: i'll post pictures on my blog
jason: "Blog Entry: Jason with ****-on-head"
manny: haha
jason: Jason: "nooooooooooo! ;_;"
me: and that's exactl-E! what it looked like
jason: hahahahaha
elroy: haha
me: i should do that blog now
Posted by purity at 11:21 PM No comments: